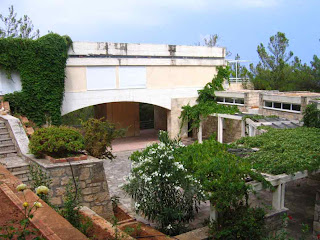 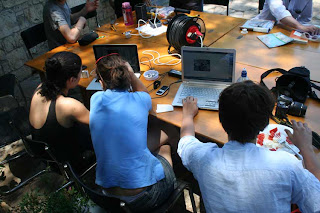 On the closure of five years of successful organization and participation of the Utopia Project, Vassilis Vlastaras organized and curated (with the collaboration of Katerina Goutziouli, art critic/curator and Maria Glyka, artist) an exhibition in which he presented archive material from the workshops in the annex of Asfa in Rethymno, photographic and video documentation of the research and realization of the projects as well as actual work (paintings, sculpture, photographs and film/video) that has been produced during the Utopia Project workshops. During the exhibition which lasted from November 2010 to January 2011 he organized a series of presentations, lectures and seminars, from theorists and artists, in the Institute of Contemporary Greek Art in Athens, where the exhibition was held. Along these events it was published a 450 pages book under the title “Utopia, Utopia Project Archive 2006-2010”, Athens School of Fine Arts, Athens (2011), edited by Vassilis Vlastaras in which it was presented in its full extend all the work, artwork and theory. 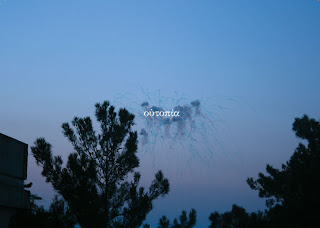 In response to “Sotiria Project” a big art event that has taken place in one of the oldest and in many ways historical hospital of Athens, a research group called “Mycobacterium Tuberculosis” was created. The group formed and organized by Vassilis Vlastaras, composed by visual and sound artists, has used archive methodology to create a new soundvisual archive between memory and historic narration and today’s reality. With this experimental project “Mycobacterium Tuberculosis” researched, through multilayered dialogues, interviews and narrations of people that has worked in the hospital, matters of illness art and politics, memory and subjective truth that forms History. The project was funded by the Association of Friends of Patients of “Sotiria Hospital”, the Association of Employees of “Sotiria Hospital”, Municipality of Athens and Ministry of Health.

The Group and Art Space Platformes was formed on January 2003 by artists Vassilis Vlastaras, Giannis Ziogas, Leonidas Karabinis and Yiannis Skaltsas in response to a need for the creation of a culture in Greece that would illustrate the active dialogue as the most useful characteristic for the promotion of artistic process. On March 2004 the artists moved on to the creation of a nonprofit organization under the name ΠLATFORMES which, marked by a significant enlargement of its members, was developed to the “Association Platformes of Contemporary Art, Theory and Visual Culture”. Vlastaras was responsible for the organization of a series of lectures, seminars, talks, concerts and exhibitions that were presented in Platformes Art Space as well as for the organization of the conference “Ελευθερίες/Λογοκρισιες” (Freedoms/Censorships) that took place in the Athens School of Fine Arts on March 2005.