We announce the presentation and participation of the  “Utopia Project Archive”  of the Athens School of Fine Arts in the
12th International Conference of the Utopian Studies Society (Europe)
During the conference, there will be an ongoing presentation of the “Utopia Project Archive” housed outside the Main Auditorium of the Central University Campus and will include video, a small book exhibit, and selected artworks.

The Utopian Studies Society is an interdisciplinary society that aims to co-ordinate and encourage the diverse work currently taking place on the subject of utopianism. Its members include people researching literature, philosophy, sociology, history, architecture, politics and anthropology.
The Society was established in 1988 by a group of British scholars, following an international conference on utopianism at New Lanark. It was re-launched, following the "Millennium of Utopias" conference at the University of East Anglia in June 1999.
The special focus of the 12th conference of the Society concerns the intersection between the question of Utopia, crisis, and justice. This year, the conference is hosted by the University of Cyprus and will be held at the University’s central campus.
more info here
Posted by vassilis vlastaras at 1:53 PM 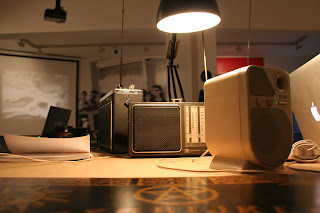 As part of the last days of the Utopia Project Archive 2006 - 2010
at the Institute for Contemporary Greek Art, in Athens, Greece,
Jim Hobbs, along with Maria Glyka and Vassilis Vlastaras,
will create a temporary installation of works that play off of each other,
focusing on themes of  utopias.

At the center of this will be the first (looped) screening of Utopia/Dystopia,
a short 16mm film, shot on location while Jim Hobbs was a guest artist
at Utopia & Nature 2010 in Reythmno, Crete.

Upon Hobbs' film projection, Vassilis Vlastaras will be playing live
with moving images and pictures creating a link with past Utopias
while among the sound of the 16mm projector and old radio frequencies
Maria Glyka will be singing along Utopias texts.
Posted by vassilis vlastaras at 1:24 AM

Utopian appetites
A discussion about food in utopias 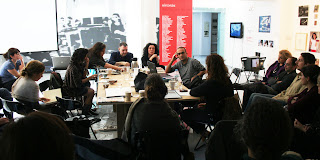 “There is tenderness only in the coarsest demand: that no-one shall go hungry anymore”

This phrase from Adorno’s Minima Oralia can be considered as emblematic of the way the
question of food appears in utopian thought. The satisfaction of the basic needs of all the
members of utopian societies, the recognition of the importance of the pleasures of the body,
collective meals as mechanisms that strengthen the social bond are among
the dominant motifs of utopian texts.
Around the table of Utopia Project, we are going to talk about the question of alimentation
in the utopian tradition, the contemporary practices of collective kitchens, and how
the table obeys the limitations set by the group that uses it, consenting to the object’s meaning. 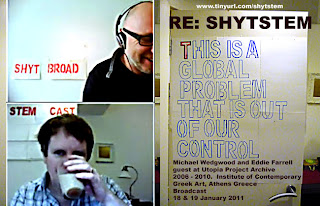 At 6pm on Tuesday 18th January we will be broadcasting live from
the Utopia Archive at the Institute of Contemporary Art in Athens.
To read more and to watch previous broadcasts visit our active blog at
www.tinyurl.com/shytstem
Following on from our participation in the 2008 Utopia & Praxis
we will be presenting a refresher of the 1st 2 issues of Shytstem
through the medium of the karaoke.
This is part of our current process of making Shytstem a more useable tool.

At 6pm on Wednesday 7th January we will be linking up our own
review with the Utopia project in a second broadcast.
We will be speaking with Vassilis Vlastaras and Maria Glyka.

SHYTSTEM
We have been working on a series of (nearly daily) online video broadcasts,
details of which can be found on our blog at www.tinyurl.com/shytstem.
The purpose of these broadcasts has been to review the cardboard box
publication project Shytstem which took place between 2006 and 2008.
Posted by vassilis vlastaras at 12:49 AM No comments: 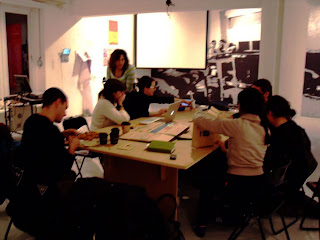 In the framework of the “Table Talk”, which is activated in the exhibition
Utopia Project Archive 2006 – 2010
at the Institute of Contemporary Greek Art, we invite
Kleoni Manousaki to present their  work.
After the presentation there will be time for discussion and questions.
Posted by vassilis vlastaras at 12:35 AM