Originally, this exhibition/exercise took place in London March, 2010, with over 50 international artists participating. Each artist had been asked to create a work which deals with, rests on, engages with, speaks about, or actually is, a shelf. For the Whitstable Bienalle, the organizers of this project have expanded it to include the work from various artists in the Whitstable area. The end result will be a new installation where all the artworks will be forced into very tight confines, creating one large conglomerate work with a variety of microcosms within. 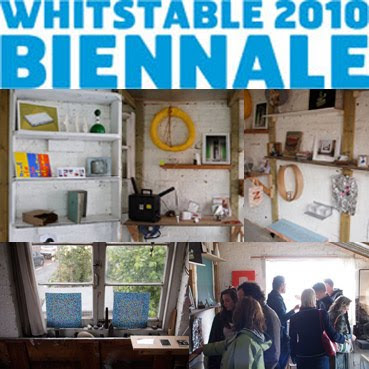 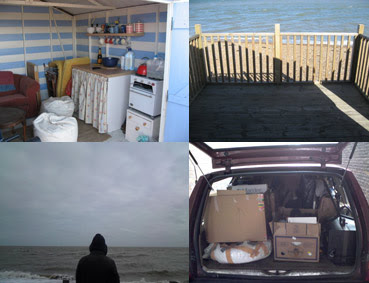 The “Sotiria” project - Memory and disease in visual arts discourse

Duration of the exhibition: from Friday, June 18th until Sunday, October 3rd 2010

Αrt in a hospital is one of the most interesting programmes of applying visual arts in public places. Especially in Europe art has in many ways entered the hospitals. But the exhibition in the “Sotiria” hospital is not just an art presentation in the sensitive area of a hospital. The “Sotiria” hospital is a place laden with history and has been the theatre of many stories. It was the first public sanatorium in Greece (1903), created as a result of the 19th century concept of charity. For half a century it functioned as a place of – voluntary or involuntary – confinement for patients suffering of tuberculosis. It has been a typical case of heterotopia, i.e. a place where society used to isolate a specific group of people in a state of crisis – according to that society. During the German Occupation the “Sotiria” hospital was once more connected to the history of the country, through executions of resistance fighters and prisoners’ escapes.
This place is at the same time a museum as well as a social place serving a practical purpose even today, since it functions as a general hospital. The audience of this exhibition does not just consist of art lovers, but of the patients themselves, as well as of the hospital’s staff.
The art project is going to be realized between June and October 2010 in the “Sotiria” hospital. It is organized by the Athens School of Fine Arts, by the hospital’s administration and the associations of staff and patients.
It is a thematic exhibition – the central axis being the history of the hospital – including painting, sculpture, video arts and installations, which will be presented in the open spaces of the hospital, in the auditorium, as well as in a neoclassical building dating from 1915, assigned for this purpose. Co-organizer of this project is the Athens School of Fine Arts, many of the teachers and students of which participate in the project, whereas various work groups of artists have been created in its context.
During the almost four months lasting event there will be a parallel programme, in the context of which there will be various congresses concerning the architectural meaning of the place, visual art and music events.
This is one of the few times that a visual art event opens up so intensely not only to society, but, what is more, to such a sensitive place as a hospital.